Minecraft is a video game that was released in 2011. The game was created by Markus Persson and is published by Mojang. The game is a sandbox game that has no specific goals for the player to achieve, giving the player a lot of freedom in how they choose to play the game.

Minecraft gameplay is all about exploration and creativity. There is no specific goal to achieve, so players are free to do whatever they want. This can include building houses, mining for resources, crafting items, and more. The game is very open-ended, and players can spend a lot of time just exploring the world and finding new things to do.

Minecraft is a sandbox game, which means that there is no specific goal for the player to achieve. The player is free to explore the world and can choose how they want to play the game. The game world is made up of blocks, which the player can mine and use to build structures.

The game has two main game modes, Creative and Survival. Creative mode gives the player unlimited resources and the ability to fly, while Survival mode requires the player to gather resources and craft items in order to survive. The game also has a multiplayer mode, which allows players to play together online.

Minecraft has simple graphics, but they are effective. The world is made up of 3D blocks, and players can see everything around them. This allows for much player creativity, as they can build anything they can imagine. The graphics are also designed to be easy to modify, so players can create their own skins and textures for their game.

The graphics in Minecraft are blocky and basic, but they are also very pleasing to the eye. The game was designed to be playable on a wide range of devices, from computers to smartphones, and the blocky graphics allow it to run smoothly on most devices.

The controls in Minecraft are easy to use and learn. Players can move around with the WASD keys and use the mouse to look around. The left mouse button is used to break blocks, and the right mouse button is used to place blocks. There are also hotkeys for crafting, inventory, and other actions. The controls are very intuitive and allow for a smooth gameplay experience.

Minecraft is a very replayable game due to the many different ways to play it. Players can choose to focus on building, mining, exploration, or anything else they want. There is also a lot of content to explore, and players can spend a lot of time just finding new things to do.

Minecraft is a highly replayable game due to its sandbox gameplay and procedurally generated world. Players can spend hundreds of hours exploring, building, and fighting in the game’s vast world. The game is also constantly updated with new content, which keeps players coming back for more.

Minecraft is a great game for players who want to be creative and explore. The game has simple graphics and controls, but they are effective and allow for a lot of player freedom. The game is also very replayable due to the many different ways to play and the constant updates.

Minecraft is a unique and replayable game that offers the player a lot of freedom in how they choose to play. The game has simple controls and blocky graphics. Whether you’re looking to build, explore, or fight, Minecraft has something for everyone. The game is suitable for all ages. 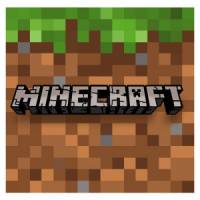