Gacha Life is a mobile game that was released in October 2018. It is a life simulation game where players can create and customize their own characters, dress them up, and interact with other players in the game. There are also minigames and quests that players can complete in order to earn rewards.

The gameplay of Gacha Life is very simple. Players start by creating their own characters, which they can customize in various ways. They can choose the character’s gender, skin color, hairstyle, and clothes. Once they are satisfied with their creation, they can then dress them up in any of the clothes that they have unlocked.

Once you're done creating your character, you can then explore different scenes in the game. In each scene, you can interact with other characters. You can also collect different items in each scene.

The graphics of Gacha Life are colorful and cute. The characters are all designed to look like chibis, and the clothes are also very colorful. The backgrounds are also very pretty, and there is a day-night cycle.

Gacha Life's graphics are colorful and bright. The avatars and environments are well-designed and look great. The backgrounds are also well-designed, and there are plenty of them to choose from. The graphics are also fairly simple, which makes the game easy to play.

Gacha Life is a game that can be played over and over again. There is no real goal to achieve, and players can spend hours just dressing up their characters and exploring the game world. There is also a lot of content that has not been unlocked yet, so players can keep coming back to the game to unlock new clothes and minigames.

Gacha Life is a pretty replayable game. There are a lot of customization options for your character, and there are also many different scenes to explore. You can also collect different items in each scene. You can also share your scenes with others, which adds to the replayability

Gacha Life is a fun and addicting game that is perfect for people who enjoy dress-up games and life simulation games. The graphics are cute, and the controls are very simple. The game is also very replayable, and there is a lot of content that has not been unlocked yet.

Overall, Gacha Life is a fun and replayable mobile game. The game is easy to play and has a lot of customization options for your character. The graphics are also cute and colorful. If you're looking for a simple and fun game to play, then Gacha Life is definitely worth checking out. 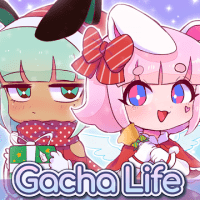