Hello Neighbor is a game developed by Dynamic Pixels and published by tinyBuild. The game was released for Microsoft Windows on December 8, 2017. The game is about a man who moves into a new neighborhood and discovers that his neighbor is hiding a dark secret.

The player controls a young boy who lives next to a mysterious man who always seems to be home and who may be up to something sinister. The player must use stealth and cunning to enter the man's house and find out what dark secrets he's hiding in the basement.

Hello Neighbor is a stealth horror game played from a first-person perspective. The player controls a man who is trying to break into his neighbor's house to discover what he is hiding in the basement. The player must use stealth to avoid the neighbor, who is constantly patrolling the house. The player can use various items to distract the neighbor or to hide from him.

Hello Neighbor's gameplay is based on stealth and exploration. The player must use their wits to figure out how to enter the man's house without being seen, and once inside, they must search for clues to discover his dark secret. The gameplay is tense and thrilling and will keep you hooked for hours. The game is set in a suburban neighborhood.

Hello Neighbor is a visually appealing game. The graphics are realistic, and the game world is well-detailed. The color palette is muted, which gives the game a dark and creepy atmosphere. The game's art style is unique and instantly recognizable, and the game world is beautifully realized. The animations are smooth, and the frame rate is solid.

Hello Neighbor's graphics are colorful and cartoonish, which gives the game a unique look. However, some players may find the graphics to be off-putting. The game's environments are well-detailed and varied, ranging from the protagonist's suburban home to a creepy carnival.

Also, the player can use the joystick to control the game. Players can move their character with the left joystick, look around with the right joystick, and interact with objects with the X button. The game does not have a traditional inventory system; instead, players can only carry one item at a time.

Hello Neighbor is a game that can be replayed multiple times. The player can try different strategies to break into the house or to avoid the neighbor. The game also has different endings that can be achieved depending on the player's actions. There are also collectibles scattered throughout the game world, which encourages exploration.

Hello Neighbor is a highly replayable game due to its procedurally-generated nature. Each playthrough is different, as the AI adapts to the player's behavior. Additionally, there are multiple ways to complete the game, giving players a reason to replay it multiple times.

Hello Neighbor is a unique and challenging stealth horror game that is sure to keep players coming back for more. Its procedurally-generated nature and adaptive AI make for a different experience each time, and its multiple endings give players a reason to replay it. While its cartoonish graphics may not be for everyone, its well-detailed environments and tight controls make up for it.

Hello Neighbor is a must-play for fans of stealth games. It features a unique gameplay, gorgeous graphics, and intuitive controls. The game is highly replayable and is sure to keep you hooked for hours. The controls are simple and easy to learn. The game is creepy and atmospheric. 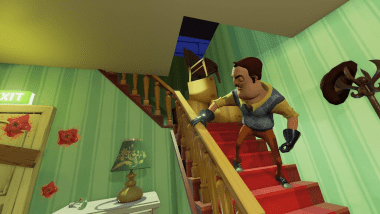 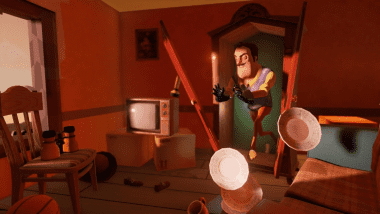 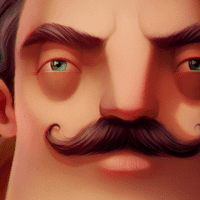